A spirited late recovery, inspired by strikers Robson and Sitali, turned a 1-0 deficit into three points in a tense second half. Sitali saved the day as Livingstone Youth Football Academy came from behind to beat Come All FA 2-1 at home.

LYFA kicked off aiming to make a winning start, but it was Come All FA who had the first chance and stepped inside Redson and struck the ball wide from 12 yards. Thankfully, Antonio was able to block a second attempt with his upper body, but a third strike finally saw the back of the net. The visitors had gone ahead in two minutes.

Then at the other end, LYFA created an opportunity of similar danger as Mwewa planted ahead towards the goal from Jerry’s corner, Jeff flicked it on but an inch wide of the post.

LYFA began the second half with assertiveness and managed to draw level at 25 minutes when Sitali and Jerry combined attacking forces, finding space and crossing the ball low into the 6 yard box where Robson charged ahead of the defender to slide double footed with the ball into the net. LYFA where dominant but there could have fallen behind as the opponents continued to push up. Unfortunately, Davies involvement lasted a mere matter of minutes as he was dealt a cruel injury after sustaining an heavy knock to the knee that resulted in him being replaced prematurely. Coach Philip Tembo’s response was to bring on Cletus. 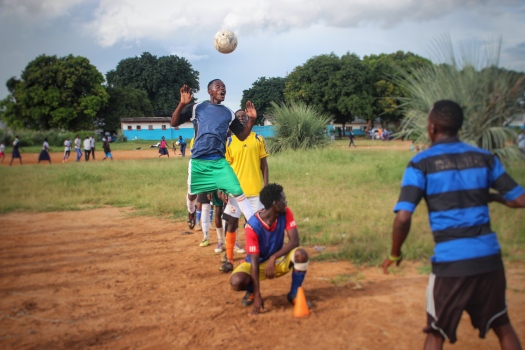 As play continued, Cletus was just a fraction away from meeting Robson’s lay off six yards out, while Kasaila couldn’t quite reach the cross from Sitali who was marked at the near post. But a break through was made in 84 minutes and the identity of the man making decisive contribution came as no surprise as Sitali swept after the ball broke for him inside the area.